Micromeritics is proud to begin the release of a new series of NLDFT models for the characterization of porous carbons. These new models are based upon the leading work of Jacek Jagiello and James Olivier and employ NLDFT techniques for 2-D finite geometry of pores to calculate the pore size distribution of materials from adsorption isotherms. This new technique was first published in the Journal of Physical Chemistry for nitrogen on carbon. 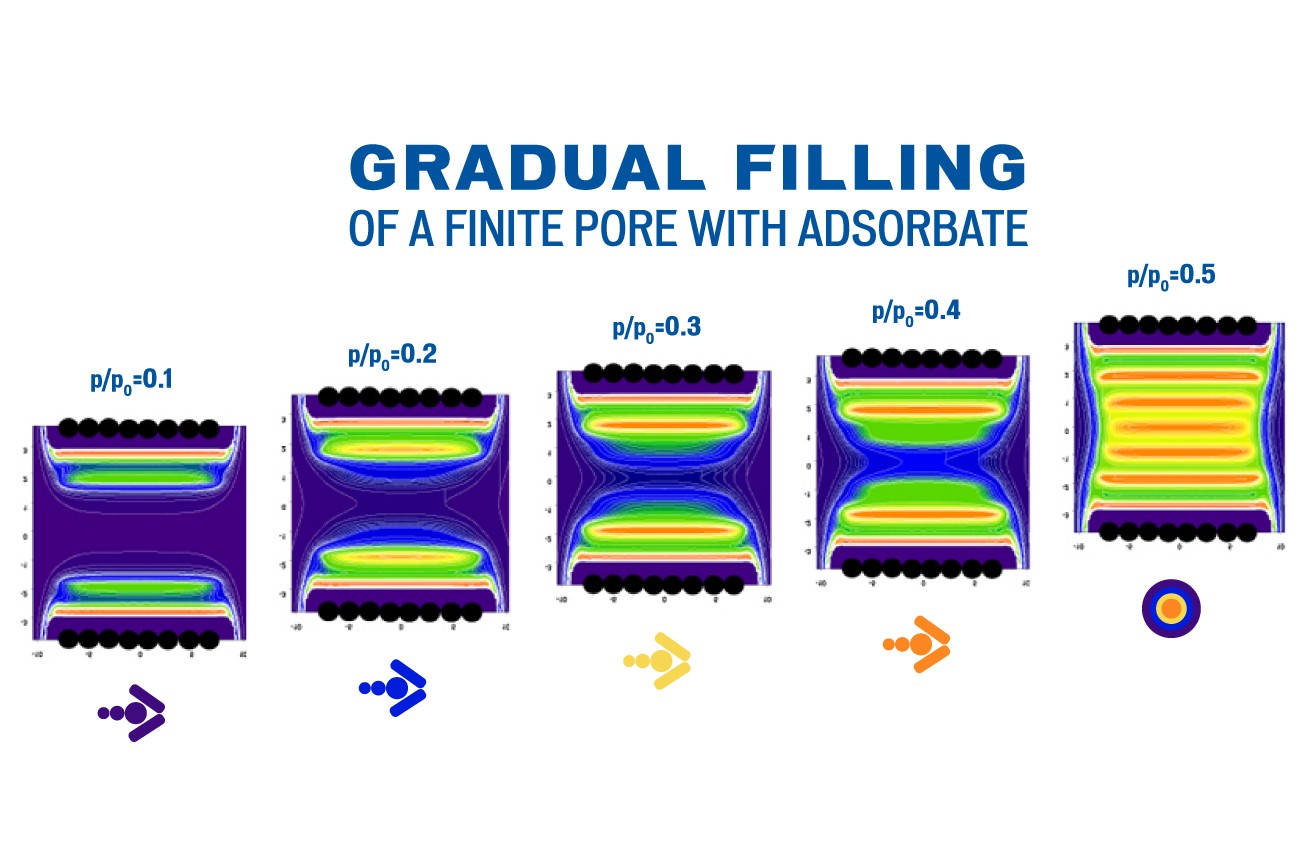 DFT Timeline: A chronological list of fundamental publications over the past three decades of DFT development.

DFT Bibliography: A reading list of papers concerning the use of DFT to reduce physical adsorption isotherms.

Article:  Micromeritics Role in the Development of DFT  In April 1993, Micromeritics introduced a software package called DFT V1.00. This program was the first commercial offering of a practical method to routinely analyze experimental adsorption isotherms using methods based on modern theoretical physical chemistry. It was the culmination of an investigation by James P. Olivier and William B. Conklin into a method by which the power of DFT could be utilized by any researcher or laboratory technician having only a typical desktop computer.